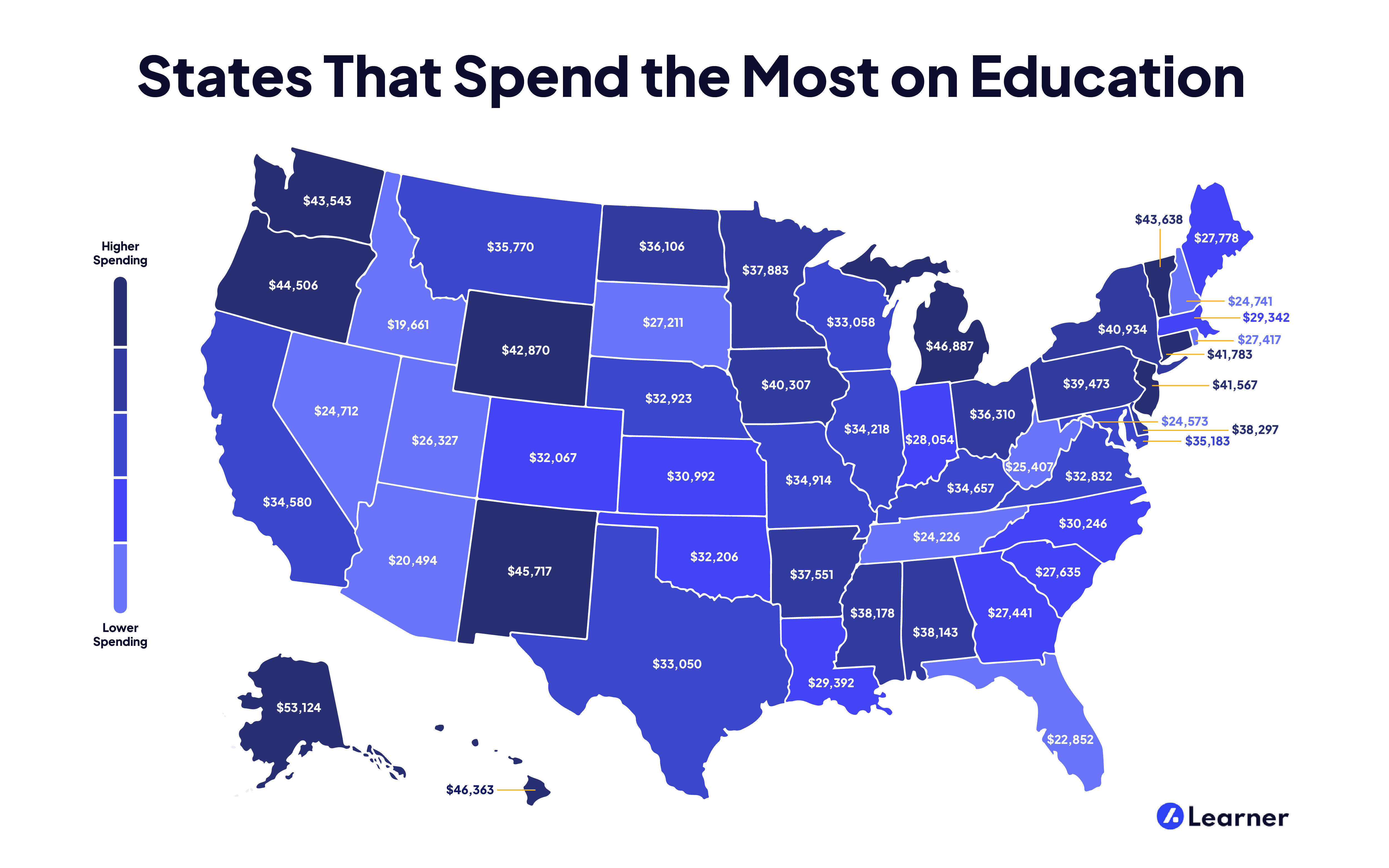 At Learner, we believe education is one of the most important things we invest in throughout out lives. Most of us spend at least thirteen years in school, starting from age five, and some will even extend their educational period into their late twenties and beyond.

Investing in the future of our children via their education can help them build the lives they want. But education comes at a price—and a high one, at that. And some states invest more in their students than others. Find out which states have the highest spending per student in our map and table below!

We analyzed various data sets surrounding education spending in each state from the U.S. Public Education Spending Statistics report provided by EducationData.org. The data sets we used to create this report are: 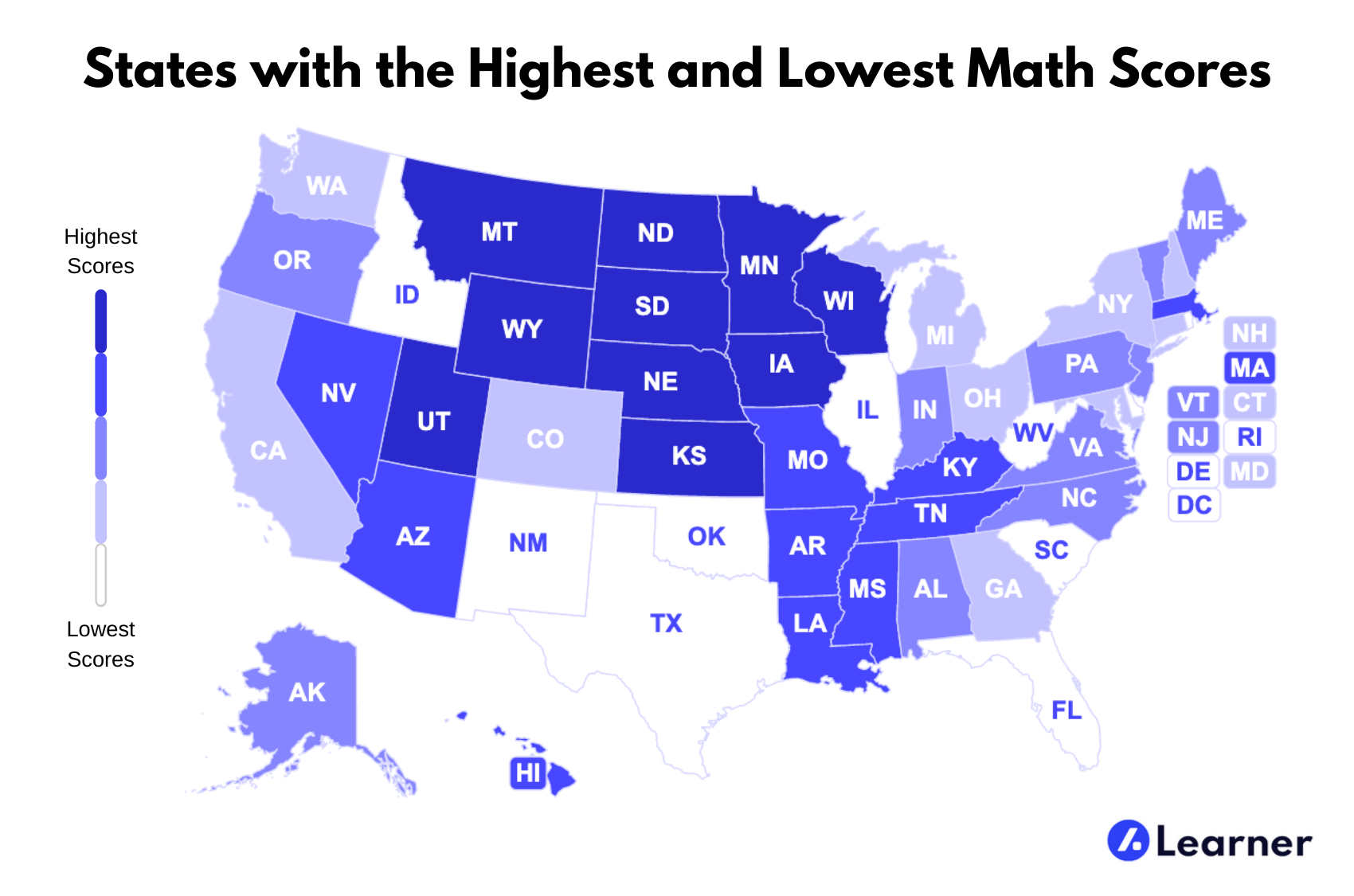 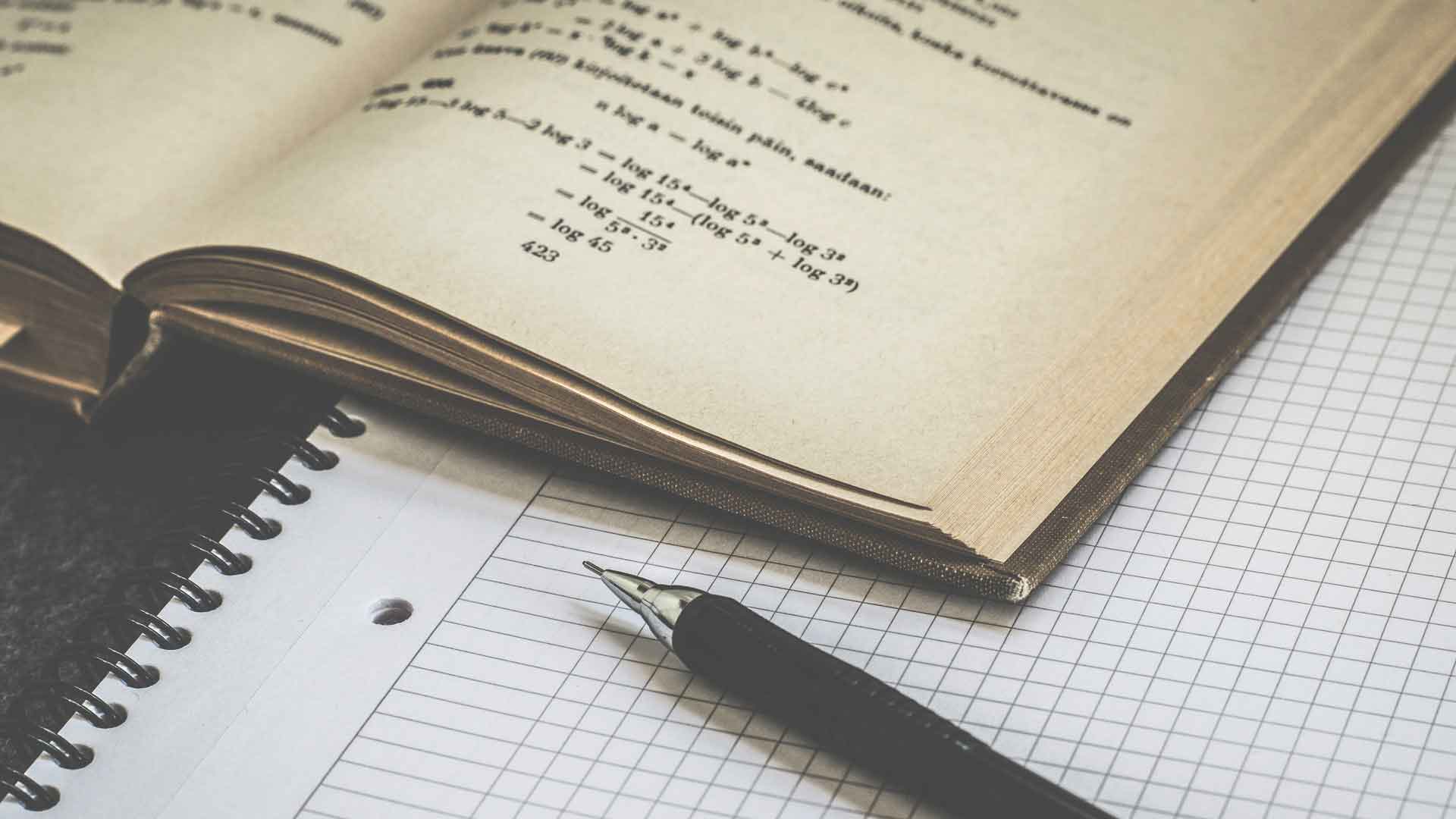 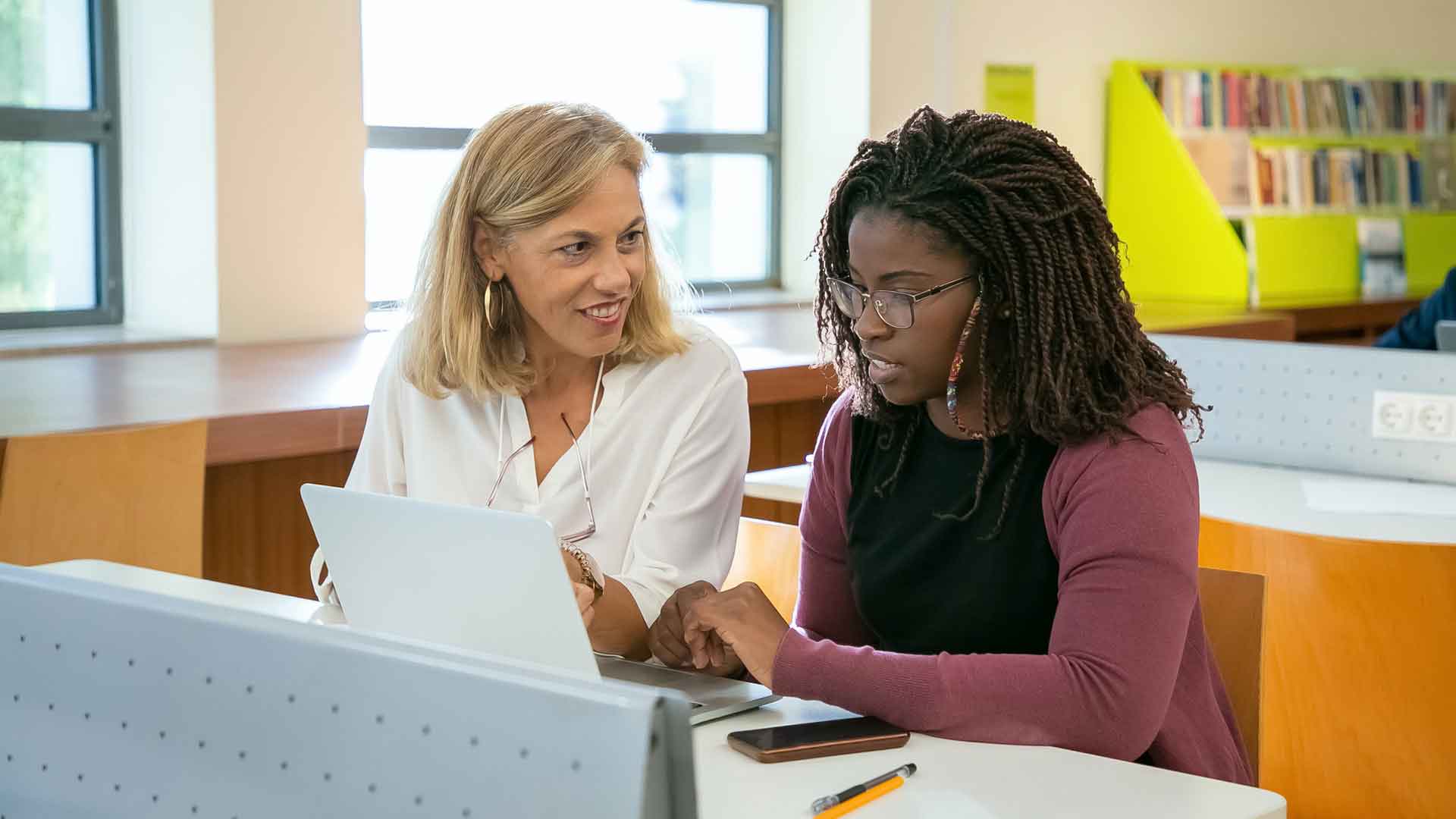 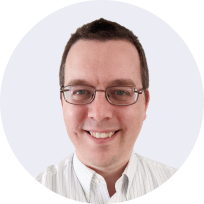